I feel that I can officially say: Where has this year gone? 2014 has been a crazy, eventful year, but definitely was not one to forget or regret. One of the best things about this year was starting to run again in February and starting this blog. I’ve enjoyed getting to know fellow bloggers and being able to relate to others and their goals. It’s hard to compare myself and running to this time last year because a year ago I would have laughed my head off if I thought I would actually run again. However, In 2014 I…

– Completed my first half marathon in 4 1/2 years 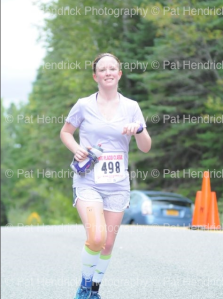 I really think that with enough hard work (and staying healthy) I will be able to reach my goals. I know that once I meet these, I will just keep pushing forward as my love for running keeps growing. I already have some spring races planned to hopefully meet my sub-2:00 goal, so we shall see how it all turns out! Additionally, I’d like to become a better blogger, and to eventually become a FitFluential Ambassador!

What are some of your 2015 (running  or not running) goals? How did you fare on your 2014 goals? My general resolution was to eat breakfast and that was a success! Haven’t thought of a general resolution for 2015 yet, aside from getting through school!