A few weeks ago, I posted some winter running tips and tricks (part 1, part 2). I mentioned how a great way to run outside in the winter is to spike your own running shoes, an idea I found here. Not too long after I posted, I decided to give it a go myself as I recommended it to all of you. 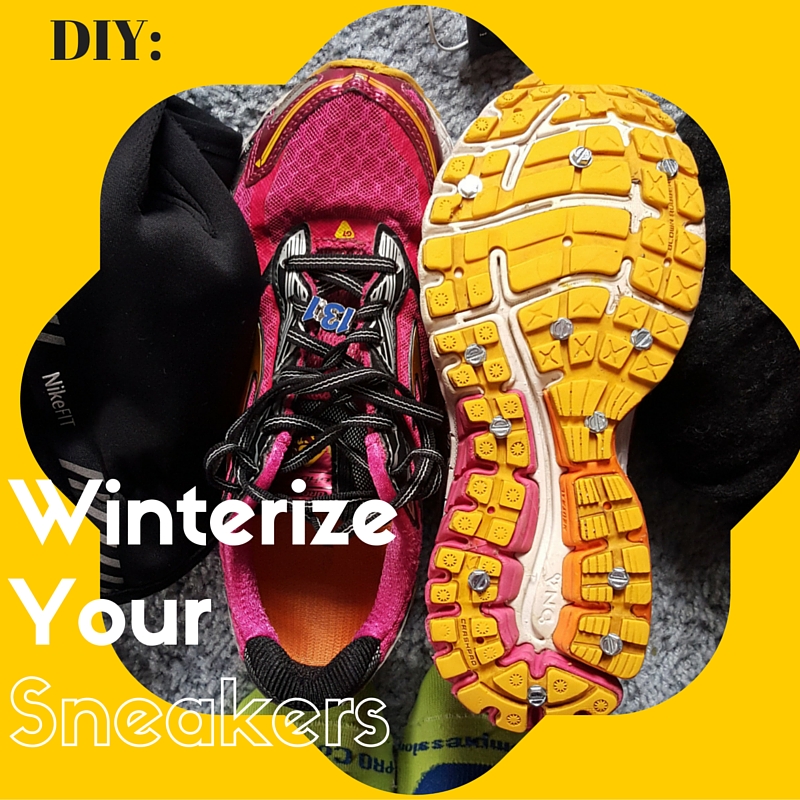 It was actually almost easy as pie.

1. Go get yourself some flat-topped sheet metal screws. I used 1/2″ length because that’s the shortest they had at my hardware store. You could likely use 3/8″ too if you can find them. I got two dozen, 12 for each shoe.

2. Decide where you want them on your shoe, mark it out. You want them pretty evenly spread out. I wouldn’t put them in them in really worn down areas with less cushion. My sneakers already had some holes with softer rubber, so I decided to put mine there

3. Screw them in! I used a regular flat head screw driver (look at me with this fancy vocabulary), which took about 10 minutes per shoe. An electrical drill would make this faster (and really fun). You want to screw it in just deep enough so the flat part of the shoe is touching the sole/last.

What shoes should you use? Simply because I didn’t know how this would work, I used a pair of Brooks Ghost 7’s that were worn and near the end of their life. They ended up being a great choice because there were holes in the last that were the perfect size.

How did they work? GREAT! My running trail was fully of ice and packed snow and I didn’t slip once. While I could tell the screws were there, they didn’t affect my stride. Using the screws in a higher cushioned shoe, there was plenty of room so the screws didn’t pop through the bottom of the foot bed. 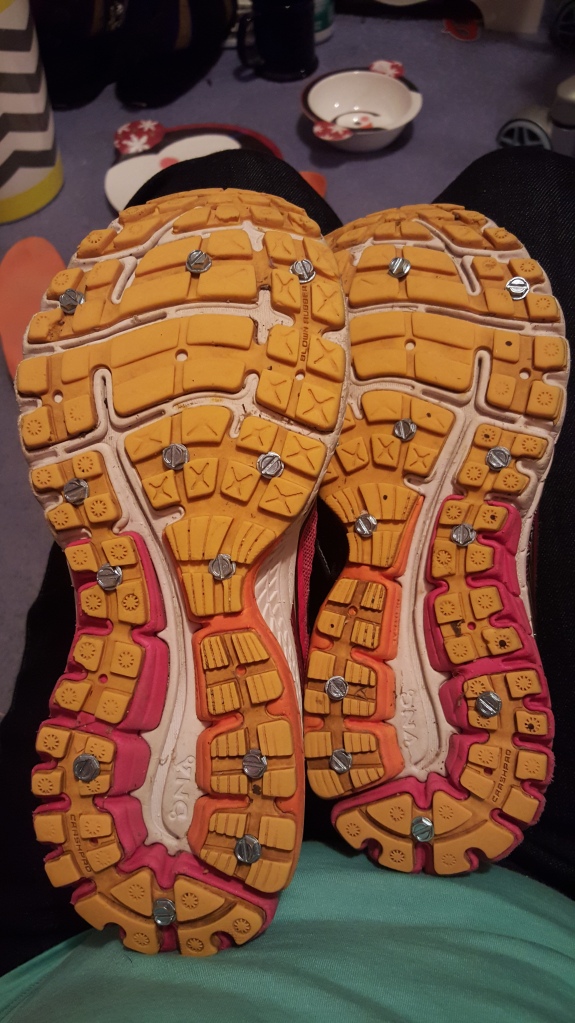 Just a word of advice: Don’t put these on until you’re right at your front door, and take them off right when you get back. You don’t want to trudge through your house with screws on your feet!

If you live in a snowy area I would definitely recommend doing this to a pair of sneakers. It was quick (about 2o minutes) and cheap ($2.40 for 24 screws). A friend of mine says she takes out her screws in the spring and she doesn’t have any problems with wet feet.